According to the latest update in the World Fab Forecast by SEMI, wafer manufactures will spend more  5 percent on equipments in 2019 which is the fourth consecutive year of growth. According to the normal plan, China is expected to be the main driving factor for the growth of equipment expenditure in 2018 and 2019. 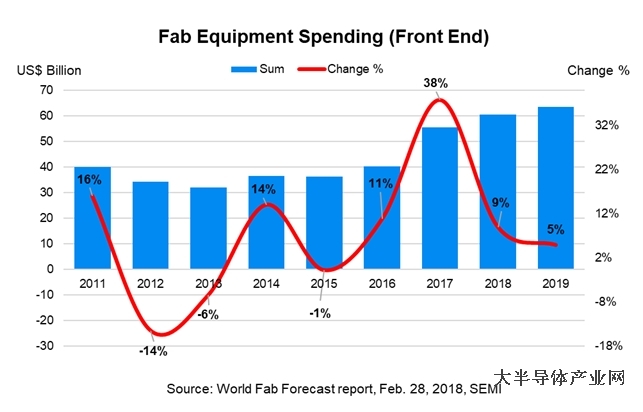 SEMI predicts that Samsung will be the leader of the growth in 2018 and 2019, but samsung's annual investment is down in contrast with 2017. By contrast, China will significantly increase spending on wafer equipment by 57% in 2018 and 60% in 2019, mainly in the fabs of multinational companies and domestic companies. The surge in Chinese spending is expected to overtake South Korea as the top spending area by 2019.

As expected, equipment spendiing of wafer factories in China  is on the rise as the projects turn to early built equipment factories. 26 factories that begin construction in 2017 in China  will be installed this year and next. 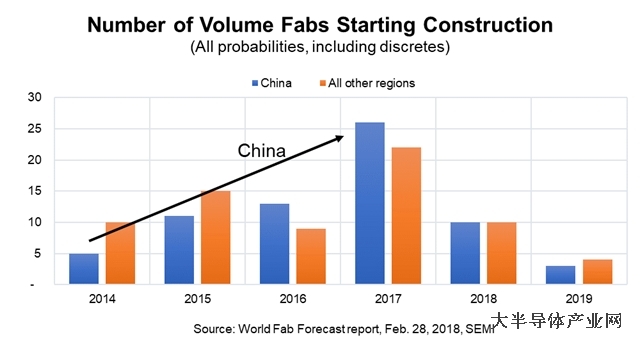